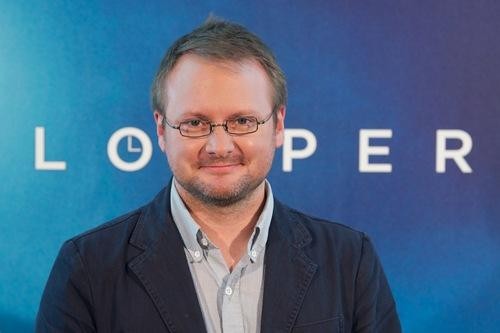 On Friday, word leaked that director Rian Johnson would take the helm as the writer and director of Star Wars: Episode VIII. Johnson takes the reins from J.J. Abrams, who is already at work on Episode VII, which will continue the story of George Lucas’s saga picking up three decades after the events of Return of the Jedi.

Original reports claimed Johnson would be writing and directing both Episode VIII and the trilogy’s concluding chapter of Episode VI, but later reporting said Johnson would only be contributing to the story of the ninth chapter. Lucasfilm and Walt Disney Studios have not yet released an official statement on the news. For his part, Johnson tweeted only a short clip from the 1983 true-life astronaut drama The Right Stuff where Alan Shepard (played by Scott Glenn) says a short prayer as he is closed in the capsule of the first Mercury mission. Shepard says, “Dear Lord, please don’t let me f—- up.”

There has not been a release date set for Episode VIII, but with Episode VII scheduled for Dec. 2015 and the first Star Wars stand-alone film from director Gareth Evans (Godzilla) set for the next year, Dec. 2017 seems likely.