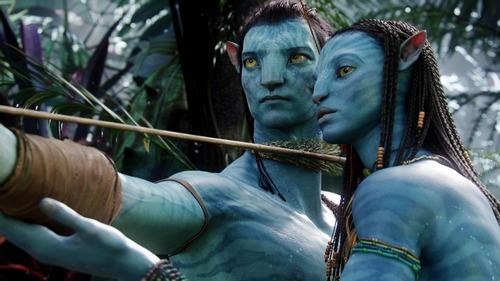 When movie studios have a massive hit with franchise potential — like, say, Avatar — they usually waste little time in churning out sequels.  But for the highest-grossing movie in history (it made nearly $3 billion worldwide, according to Box Office Mojo), things are a little more complicated. Since the film’s 2009 release, director James Cameron has taken his time developing its much-anticipated three sequels, and has occasionally found himself preoccupied with his latest hobby, ultra-deep sea dives — a task that’s almost as risky as directing a big-budget sci-fi flick.

“Jim first and foremost in life is an explorer, and it’s what he does in his movies,” his producer, Jon Landau, told the New York Times in a new story that outlines Cameron’s plans for his trip back to Pandora. According to the story,scripts are near completion, and production will be underway within the year (all three films will be shot simultaneously, so that they can make their projected December 2016, 2017 and 2018 opening dates). Here’s the latest on Avatar’s future:

• The writing teams are in place. The first Avatar sequel will be written by Rise of the Planet of the Apes scribes Rick Jaffa and Amanda Silver; the second, by Josh Friedman, creator of the TV series Terminator: The Sarah Connor Chronicles; and the third by Shane Salerno, co-writer of Armageddon. All three writers worked together with Cameron for five months to create a sprawling three-film story, based on the director’s 1,500 pages of notes.

• All three movies will follow the principal characters from the first film. Audiences will learn the fates of Na’vi princess Neytiri (Zoe Saldana) and human ex-Marine Jake Sully (Sam Worthington). “It’s the story of their life together,” Cameron’s business partner Jon Landau tells the Times.

• One of the films may — or may not — be set in a submerged region of the moon-world Pandora. Hardly a stretch, given Cameron’s obsession with oceanic adventures (see: deep sea-diving, Titanic). Landau, while not explicitly denying these fan-driven rumors, points to potential technological hurdles:“It’s hard to have a dialogue scene underwater,” he tells the Times. (Of course, Cameron did a fine job handling such scenes in his 1989 undersea epic The Abyss.)

• The special effects are going to be otherworldly. Jim Gianopulos, the CEO of Avatar studio 20th Century Fox, tells the Times that the filmmakers are looking to augment the film using virtual-reality technologies, though it’s unclear if these would be incorporated into the movie experience, or used in ancillary projects. More intriguing are rumors that Cameron has been talking to the developers of Oculus VR, the virtual-reality-headset company that was recently purchased by Facebook (company officials declined to say if Cameron had experimented with their technology). Cameron isn’t one to shy away from new big-budget gizmos, as films like The Abyss and Terminator 2: Judgment Day helped usher in Hollywood’s digital-effects age.

• Cameron has says the cost of all three films will be less than $1 billion. Of course, budgets can’t be determined until the scripts for these effect-heavy movies are actually delivered. (According to studio sources, the production budget for the first Avatar was about $237 million.) The majority of the effects will be filmed in a Manhattan Beach, California studio; the live-action footage will be shot primarily in locations all over New Zealand. But considering that Cameron’s not exactly known for his penny-pinching — 1997’s Titanic famously wound up costing more than $200 million, despite early estimates — don’t be surprised if the new Avatar films wind up sinking Cameron’s claims.

• We can expect to see a a number of non-movie Avatar projects. Among them: a series of novels by Steven Gould, a Pandora-themed attraction at Disney World’s Animal Kingdom (opening in 2017), and a Cirque de Soleil show (to debut next year). The Times reports that Cameron intends to realize the Avatar universe “over 20 years or more in various media, some of which have yet to be invented.”

• The studio is (obviously) counting on these movies to be huge.  Ticket sales for Fox in 2010, the year of Avatar, were $1.5 billion; last year, they were $1.1 billion, which placed the studio in sixth place among the major studios for market share. It’s also increased its financial stake in the sequels, to a figure north of the roughly 40 percent it had in the first movie. Predicts a hopeful Fox CEO: “We’re going to have merry Christmases for the next few years.”